The Hunger Games Have Just Begun!

May The Odds Be Ever In Your Favor.  The most anticipated movie in America will  arrive on March 23,2012 this movie is supposed to be bigger than Twilight! The movie stars actress Jennifer Lawrence as Katness Everdeen, Josh Hutcherson as Peeta Mellark, and Liam Hemsworth as Gale Hawthorne. 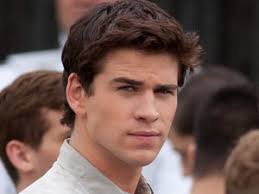 In the book The Hunger Games Gale is protrade as a young good looking boy who has all the girls hearts at his school, but the one heart he wants he cant have, the heart of  Katness. Gale has three siblings Rory (12), Vick (8 or 9), and Possy (4). Gale’s mother is Hazel, Gale does not have a father because he was killed in a mining  accident. Gale met Katness in the woods while hunting, which is the against law, but the only reason Katniss and Gale hunt is because it keeps there families from starving to death.

Peeta is apparently in love with Katniss. Katniss and Peeta first met when Katniss tried buy bread, but the Peetas mom would not let her, so Peeta took some bread and burnt it to give it to Katniss to keep her from starving. 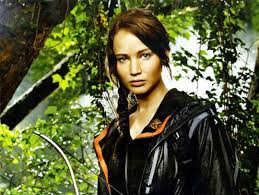 Katniss has all attention on her when she is chosen to be in the 74th Hunger Games. Katniss has earned the name of “The Girl That Is On Fire” because she set a spark that started the rebellion against the government and president Snow. Katniss is a simple girl who is a pawn in the governments Games to keep in control of the districts. We will see how long she survives The Hunger Games.

The Huger Games have been going on for 74 years and all has gone fine until and a girl enters the arena and makes a spark that ignites a fire that has been brewing for 74 years and will continue burning until Snow is DEAD!