“The real drama begins in…”

Shojo Beat, the category of manga for romance. New chapters of Shojo Beat manga are posted at the end of each month on the websites http://unixmanga.com/ and http://mangastream.com/. Why the end of the month instead of every once a week like Shonen Jump? It’s because Shojo Beat chapters take more time to make with the artwork. 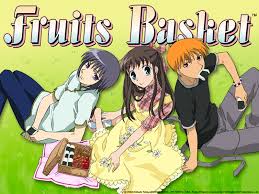 I don’t know as much about Shojo Beat than I do about Shonen Jump, but I garantee that many girls like these kind of mangas.

I am currently reading Ouran High School Host Club by Bisco Hatori, so I know much about this series (my older sister has read both Vampire Knight and Fruits Basket. The series of Fruits Basket has already ended [there were only about 20 volumes in the series]). Ouran High School Host Club is about the scholarship student Haruhi Fujioka who has been accepted into Ouran Academy. There, she meets a group of six, handsome young men who make up the Ouran High School Host Club, having to disguise herself as a male student to pay off her debt of $80,000 to the Host Club. In the series, Haruhi has been shown to have strong relationships with the Host Club members, especially the club president Tamaki Suoh. This is going to sound sappy but… Could she “choose a rose” from this “garden of romance” and could Tamaki Suoh “maybe be her love?” Find out in this screwball, romantic-comedy!

Alright, that was just a small preview of the Shojo Beat I read, but if you really do like romance series, I suggest you read Fruits Basket, Vampire Knight, and Skip Beat. These series will really catch your heart! 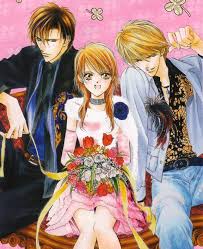 Thank you for reading my post about Shojo Beat, sorry if it’s not as long as my article about Shonen Jump. Read on to learn more about requests. Stay tuned and feel free to leave a comment!

P.S. The last part for my subject on Ouran High School Host Club comes from the opening theme song of the anime, “Sakura Kiss.” Also, the beginning for this article “The real drama begins in…” is the main theme for Shojo Beat. They would use that phrase and then add the title of the manga on the back of the book (don’t forget that manga is read from right to left).

AN: And a shout-out to Jasmine Olivares: Thank you for reading my manga post! I’ll be posting an Ouran High Scool Host Club section dedicated to you! Stay tuned manga fan, and thank you for the support!